The rain returned and the entire Israelite national army was given the task of murdering Elijah.
Elijah ran.  Even a man with God’s power on him like Elijah can feel lost and alone but Elijah found that he was not alone.  God was with him, of course, but there were thousands of people who were avoiding the worship of these false gods and who remained faithful to the true God.
Elijah returned and confronted Ahab again after he and Jezebel lied and cheated and caused the murder of the righteous owner of a vineyard Ahab wanted. Elijah prophesied the dreadful end that would come upon Ahab and Jezebel.  Ahab and Jezebel met their prophesied fate exactly as Elijah said while still clinging to those false gods and still lying, cheating, murdering and generally just being despicable people.
Lessons for today’s Christians abound in the story of Elijah, Ahab and Jezebel:
1.You’re never alone – God is with you
2.In addition, there are always good people around you if you search for them
3.Even one with power and spirit like Elijah can feel lonely and depressed
4.The way to overcome those feelings is to carry on the work you can do for God
5.Even someone as evil as Ahab was given multiple chances to turn from his evil
6.The citizens of the Kingdom of Israel became inured to the evil in their rulers just as we have today
7.Those same people became accustomed to acknowledging false gods just as we “overlook” the evil being done all around us – humanity never changes
Finally, Elijah left that land to his successor – Elisha – in a “flaming chariot”.  You probably heard that Elijah went to “heaven” – the abode of God, the Father.  There’s a surprise ending to Elijah’s tale that questions that concept.  It’s truly a wonderful thing God preserved this story for us – especially when you know the whole story.

The nation of Israel reached its peak with King Solomon, son of King David. But at Solomon’s death, the nation split into the 10-tribed Kingdom of Israel and the 2-tribed Kingdom of Judah (the Jews).  From the start the first king of Israel, Jeroboam, led the nation into idolatry.  By the 7th monarch of Israel, Ahab was the worst of many bad kings.  He married a worshiper of Ishtar, the “goddess” of fertility and Baal, the “sun god” and took up her religion.  Jezebel was an evil woman who ever encouraged the worst in Ahab and stopped at nothing to protect her own power and that of her husband.
Then came Elijah dressed in camel hair and leather and pronounced a drought upon the land; the drought lasted 3 years and led to a confrontation with 400 “prophets” of Baal and 450 “prophets” of Ishtar. The confrontation led to the humiliation and death of all those prophets who were arrayed against one man – Elijah – and a temporary return of the Israelites to the worship of the true God.
​ 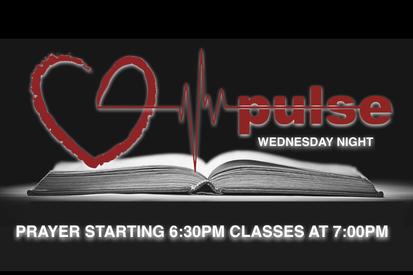